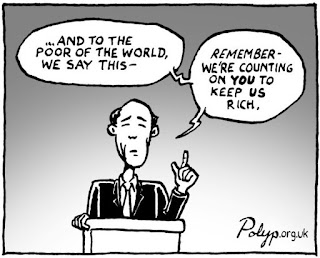 "In the process of production, human beings work not only upon nature, but also upon one another. They produce only by working together in a specified manner and reciprocally exchanging their activities. In order to produce, they enter into definite connections and relations to one another, and only within these social connections and relations does their influence upon nature operate – i.e., does production take place. These social relations between the producers, and the conditions under which they exchange their activities and share in the total act of production, will naturally vary according to the character of the means of production." - Karl Marx

In the previous article, we looked at Marx's theory of Historical Materialism and briefly touched on how different groups of people are shaped by their relation to the means of production in society.
This is the beginning of Marx's ideas on Class.

Class, in the general way we talk about it in every day life, isn't very specific. We tend to use it very loosely to describe any social or economic group, maybe talking about an "intellectual class" for example. Most commonly, there is the capitalist way of thinking about class which concerns itself only with how much income people make, resulting in upper, middle, and lower class income groups. Most capitalists talk about "growing the middle class" and consider this to be a healthy thing.

Classes come into existence because of the demands of production and the competition between people over scarce resources. In other words, it happens because society needs a way to organize that will allow increasing populations to survive and a way to determine how resources are to be appropriately distributed.

So, in the days of kings and queens, the mode of production called feudalism existed, and under this mode of production the major classes were the nobility and the peasants. Each of these classes, as in any class system, had subdivisions and there could also exist transitional and smaller supporting classes in between and around the major classes.

There always exists a conflict between the ruling and the working class in society, and this class struggle pushes society towards change. It pushes the drive for technological improvements, leading to higher productivity and new ways of doing things. These new modes then exacerbate the class conflict, and over time, cause crises to develop that lead to a new mode of production arising that eventually replaces the old mode.

As feudal times developed, the conflict between the nobility and the peasants led to outright revolts and peasants being forced off their traditional lands and into the cities where, to survive, they had nothing left but to sell their labor power to local merchants. As a result, the local merchants were able to boost production in the cities like never before, achieving wealth to easily rival any king or church.

At that moment in history, capitalism was born, and two new major classes took shape.

The first new class was the modern bourgeoisie, which started off as a class of medieval city dwellers, mostly merchants, who, through investment and employment of displaced peasants, was ultimately able to overthrow the increasingly useless and oppressive nobility. They are divided into two major parts, the bourgeoisie, themselves, who are big business owners and bankers, popularly called the "1%," and the transitional, "petit bourgeoisie," who are small business owners that are either self employed or employ very few people, if anyone.

The second new class was the proletariat, who went from being rural farmers with close ties to their land, to being landless city dwellers who, in order to survive, were forced to sell their labor power to a member of the bourgeoisie. They too are divided. There is the labor aristocracy, which is workers, mainly in the "first world" countries, who the bourgeoisie has pacified and bought off with huge profits reaped from less developed countries. There is also the regular proletariat who, in first world nations, are considered "lower class," or the so called "lumpenproletariat," which are people who have been entirely disenfranchised and live outside the main classes of society.

So, once the nobility had either been eliminated or turned into powerless figureheads, the new capitalist system was able to dominate the world.  Capitalism unleashed  human productivity in a new way just as feudalism had done over the system it replaced. It also created a drive for individual freedom that dissolved the old ties of honor and land obligations that had made feudalism so restrictive.

Discussing how capitalism actually works, and why it is inherently unjust and irreparable, however, is a discussion for another article....
Posted by Christopher Williams at 3:39 PM